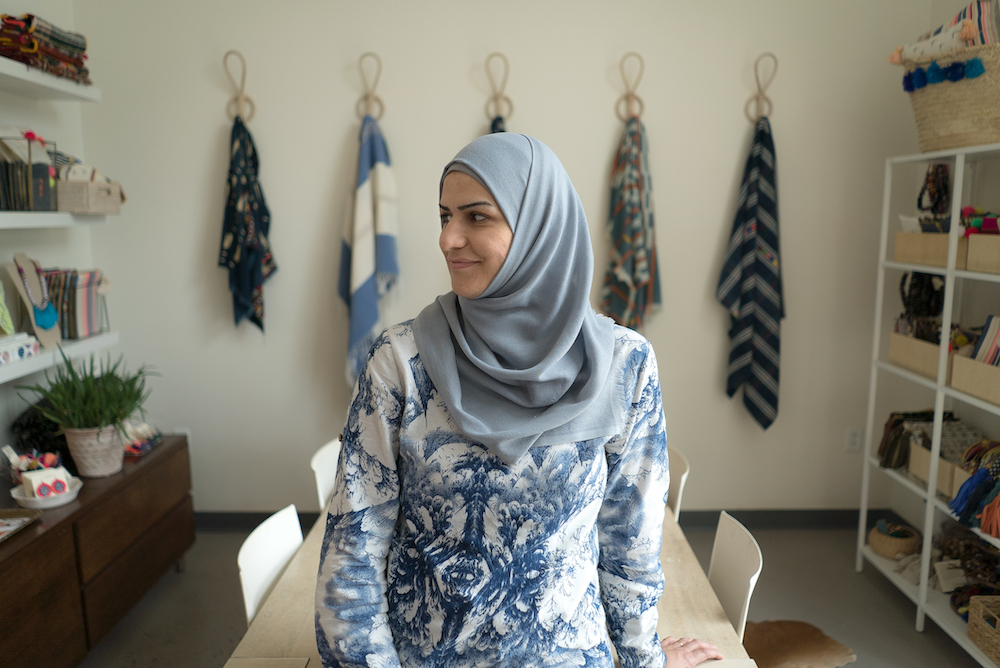 Research and the IRC’s own experience in delivering livelihoods programs, have shown that when refugees are economically engaged, they are able to contribute to the economy as employers, employees, and consumers, resulting in a multiplier effect in their communities. However, a few key problems remain in taking employment initiatives for refugees to scale. Notable among these is the fact that women, despite making up half of the global refugee population, have far less  engagement in workforce development initiatives. For instance, in Jordan, approximately 129,000 work permits were issued to Syrian refugees between January 2016 and December 2018, only 4% of which were issued to women (Ministry of Labor Syrian Refugee Unit – Monthly Progress Report, December 2018). Similarly, data from Germany indicates that both in the short and the long term the number of refugee women participating in the labor market is lower than the number of refugee men (Brücker et al., 2019; Salikutluk, Giesecke & Kroh, 2016). When refugee women are participating in the labor market, they are often engaged in lower paying jobs as compared to refugee men or German women (BMFSJ, 2018). This pattern is common across refugee contexts and can often be explained by the particular constraints that refugee women face due to discriminatory laws and social norms, unpaid care and domestic work, access to childcare and real or perceived security constraints.

In order to better understand the constraints refugee women face across contexts, the IRC is undertaking exploratory research in three different contexts (Niger, Kenya and Germany) to understand the barriers and challenges refugee women face in entering and participating in the labor market (including participation in livelihoods interventions). The overall objectives are to:

The IRC will utilize a variety of qualitative research methods to carry out the research, including Focus Group Discussions and Semi-Structured Interviews with refugee men and women, and Key Informant Interviews with other relevant stakeholders such as community leaders, government officials and humanitarian experts, among others.

The Airbel Impact Lab at IRC is a team of researchers, strategists and innovators committed to the accelerated design, rigorous evaluation and cost-effective scaling of the most impactful solutions supporting people affected by crisis.